About the couple behind the most delicious Hawaiian/Japanese cuisine in the region.

Hi everyone! Thank you so much for stopping by to read the story of Sunny and Kaiki, and the rocky road that they’ve traveled before serving you Island Sushi in Sussex Inlet.

Sunny, a jazz singer, and the daughter of an American mother and a Japanese father, was raised in Australia from an early age, while Kaiki, a master Japanese chef and professional trombone player, was born to Japanese parents and raised in Japan. The two first met one night during 2002, when Sunny was performing at a Sydney restaurant called ‘Soup Plus’. Kaiki had visited the restaurant to jam with the band. From that night on, as the two shared their passion for good food and live music, their friendship grew stronger and stronger. Within a year they were married. That was also when they established ‘Jazushi’, a ‘jazz and sushi’ restaurant in Sydney’s Surrey Hills and  provided great live music and a fusion of delicious Japanese food. 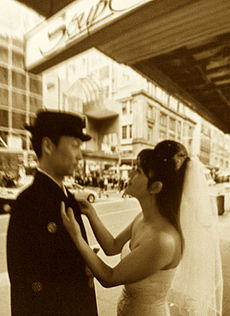 During those years ‘Jazushi’ grew more popular and busier by the day, but the year 2005 turned out to be a year of immense love, happiness and sad loss for the couple. Firstly, they became the proud new parents of a beautiful little girl they named Aria. Soon afterwards, the little family was struck with the sudden loss of Sunny’s mother, Trudy. From then on the struggle of juggling the demands of parenthood and managing a thriving business eventually took its toll. By 2007, on the tip of exhaustion, Sunny and Kaiki decided to sell the restaurant after reassessing a new direction that they would take. With the hope of franchising the business of ‘Jazushi’ in the United States, the birthplace of jazz, they left Australia and traveled to Oregon, where Sunny’s two elder brothers live. In 2008 the couple bought a building to set up shop in, to do what they do best. It was smooth sailing ahead until the 2009 Global Financial Crisis reared its ugly head, destroying theirs and many other people’s hopes and dreams. Though they battled to stay afloat, in the end, they had no other choice than to cut their losses, foreclose, and walk away from it all, leaving behind their home, business, the money they’d invested and almost half a million dollars in debt. These unfortunate events in the US, lead the little family to return back to Kaiki’s hometown near Fukushima, where they own plots of land.

Their plan was to take out a loan and build a Halloween theme park and a new family home on the largest plot. In the meantime, while waiting for the loan to be approved, they fixed up a shack that they were renting and opened a small ‘Jazushi’ restaurant in a nearby country town. After running the restaurant successfully for two years, they were finally able to convince the bank to give them the loan. They were then also given the go-ahead for the theme park and their new home to commence construction on March 14th 2011. To celebrate the occasion, Sunny and Kaiki bought tickets to Oregon for a much-needed holiday. However, the events that followed before they left turned their future dreams into a living nightmare... On March 11th, 2011, an enormous earthquake and tsunami struck the Fukushima area. Being so close to the Fukushima Nuclear Plant, Sunny and Kaiki began to fear for the worst, which came on the following day when the Fukushima Nuclear Plant exploded.

Frantically anxious to get their little girl away from the area as quickly as they could, along with their dog Bongo, the terrified little family fled the area by bus to Narita Airport. Animals were not allowed onto buses, so Bongo had to be given sleeping pills and kept hidden in a sports bag. The airport was a state of absolute mayhem and panic when they arrived, people were desperately trying to buy tickets to get out. Fortunately, Sunny and Kaiki had already bought tickets, so after paying the extra costs for Bongo to travel with them, they were swiftly ushered through the crowd and allowed to board a waiting flight. 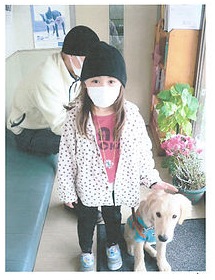 Arriving in Seattle the next day feeling numb, exhausted and worried about their future, the family was warmly welcomed by wonderful friends who took them in and cared for them. When they found out later that it would be dangerous to return to their home in Japan for some time, due to a serious radiation leak, rather than being defeated by their circumstances, the couple developed a deep desire to do something that would help those left behind. In no time at all, they’d established a non-profit and fund-raising group called ‘Reach Japan’ and with the help of jazz and blues musicians performing free gigs all the way down the west coast to Ashland Oregon, ‘Reach Japan’ was able to fund raise $30,000.00 in cash donations, while at the same time, donations of food, clothing and blankets filled a twenty-foot container and were delivered to Japan free of charge by the Rainier Shipping Company, to be distributed personally by locals to the people stuck in the most difficult areas.

By June 2011, Sunny and Kaiki decided to go back home to Japan and do what they could to unscramble some of the mess, tie up loose ends and pack up what was left of their belongings after the quake. They left their daughter in the care of friends for three weeks and headed home to face the guns. Even though the construction plans for their new home and theme park had been cancelled, the bank adamantly refused to let them cancel their loan. Deeply disappointed by this, they flew back to America and stayed there until it supposedly was safe enough to return once again to live in Japan.

In November 2011, after arriving back in Japan with plans to re-establish their lives there, they moved in with Kaiki’s parents, where Sunny started a new online business called, ‘Mrs Pyrex’, which, along with the extra money that they earned performing in local bars and restaurants, provided the little family with enough income to pay for their day-to-day living expenses. They also used the money that they’d borrowed from the bank to purchase a block of uncontaminated land and then built a small home on it, which they moved into in March 2012. It was also then that Sunny and Kaiki began experiencing increasing episodes of nosebleed and became concerned that it had something to do with the radiation escaping from the Fukushima Nuclear Plant. In March 2013, Sunny suffered a stroke while performing on stage and almost died. As well as causing her to hit her head on the concrete floor and suffering a fractured skull, the stroke left Sunny with partial memory loss and a temporary inability to read and write. While she was in the midst of recovering from the stroke, Sunny and Kaiki became anxiously keen to get out of Japan before anything else could happen, so they used what little savings that they had and bought one-way tickets to Sydney, Australia, returning to Sunny’s home-base on the sandy shores of Oz. Arriving with empty pockets, the challenges of starting all over again were harder than ever before, especially after Sunny developed severe sciatic pains in her right leg and was forced to use a wheelchair. Her doctor soon became concerned that she could lose full mobility of her right leg and decided to operate. During the same procedure, he was also able to repair the cause of Sunny’s lifelong heart palpitations. 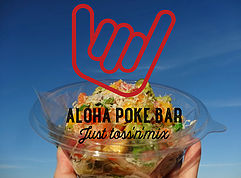 Throughout all their struggles and disappointments, the ever-glowing light of passion, love and drive continued to spur the couple onward. In October 2015, they opened a little eatery they called ‘Pupus’ in Leichhardt and soon discovered that, unlike in America and Japan, Sydney was not yet familiar with the Hawaiian/Japanese food Poke. Refusing to be easily defeated, they quickly converted the eatery into a catering business and gained quite a reputation for their delicious ‘Fusion-Japanese’ food. It was also during this period that a young entrepreneur approached Sunny and Kaiki, asking them to create and supply Poke for his new take-away, Sydney’s first ‘Fishbowl’. Kaiki then worked tirelessly behind the scenes creating the system, by formulating recipes, whipping up dressings, prepping the vegetables and trimming and chopping up the tuna and salmon. As a result, ‘Fishbowl’ soon became a mega-hit. By January 2017, after the young owner/entrepreneur had learned enough from Kaiki to produce the Poke himself, after wishing him the very best for the future, Sunny and Kaiki parted ways to start their own brand, ‘Aloha Poke Bar – Just Toss ’n’ Mix’, which consists of prepacked Poke with salad and rice. After three years of producing Poke, they have  announce  ‘Pupus Drive-In’  fast serve yet so delicious Hawaiian/Japanese takeaway in Leichhardt. Unfortunately at this time Sunny's asthma was getting serverely worse and became life threatening... ,Sydney air did not agree with Sunny anymore. It was time to move on. Once again another journey has begun for Suzuki family.

Sunny's old friend Brian from "Beach Tucker" at Sussex Surf Club to the rescue! Suggested Suzuki family to relocate from Sydney to Sussex Inlet, where the fresh & clean air pleased Sunny the best. By using the strength and determination they’ve gained through overcoming their past obstacles and torments, Sunny and Kaiki are looking forward to building a much happier lifestyle in Shoal Haven. Play more music, create fun and healthy foods for your enjoyment.

Telling a life experience can be quite challenging  because it is really personal. We believe by sharing our not so ordinary experiences may inspire someone by reading our story.  "There's always hope so never give up"

We'd first like to thank our family, friends, companies and media from around the world for your unending support.  And thank you! for reading Suzuki family story.